Rugby is a free-flowing game that features a combination of strength, speed and strategy to move a ball into an opponents territory. In the game players can carry, pass (but not forwards) or kick the ball to the try zone to score as many points as possible. Each team is made of 15-players that are either Forwards or Backs. Forwards tend to be larger players that make up the scrum in positions called Props, Hooker, Locks, Flanker, and 8-man. Backs tend to be the the faster and shifty players that are in positions called Scrum-Half, Fly-Half, Centers, Wings and Full-Back.

Rugby 7s is a version of the game that has 7 players/side and shorter 7-minute halves. The game is marked by speed-of-play and requires speed, skill and stamina. Rugby 7s became an Olympic sport in 2016. In youth rugby, 7s is played in the summer from Mid-May to Mid-July.

Lineout: Looks somewhat like a jump-ball in basketball, with both teams lining up opposite each other, but one team then throws the ball down the middle of the tunnel. Line-outs restart play after the ball, or a player carrying it, has gone out of bounds.

Ruck: One or more players from each team, who are on their feet and in contact, close around the ball on the ground. Once a ruck has been formed, players can’t use their hands to get the ball, only their feet.

Scrum: A contest for the ball involving eight players who bind together and push against the other team’s assembled eight for possession of the ball. Scrums restart play after certain minor infractions.

Click here to learn more about rugby. You can read about Rugby's history, the game, positions, tactics and more. 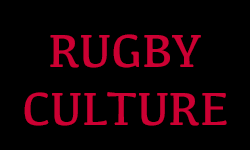